One of my favorite parts of blogging is connecting with other travel bloggers and the community it brings. I’m so glad to introduce Marinella from myopenpassport.net! She’s currently based in New England, but takes the opportunity to travel anytime she can. I’ll turn it over to her.

I have traveled through New England as a tourist growing up, but I fully learned about the culture when I moved to Boston from California.

Many thought I was crazy because- why leave beautiful sunny California for the winters in Boston?

Yes California is beautiful, but I really fell in love with New England for these reasons:

1) The history of the United States had a lot of presence in New England.

Boston was the host of the Boston Tea Party, which was the match that lighted the revolution. Boston also has a specific trail called the Freedom Trail that goes from the city showing major parts of US history. You also have Philadelphia, which had the meeting for the Declaration of Independence. There is New York City, which has welcomed so many immigrants over the years. There is so much to see and learn from the founding of the United States. Besides the founding, Rhode Island holds some Gilded Age history in Newport with railroad tycoons like Rockefeller and Carnegie with their grand mansions that rival European palaces.

2) There is amazing nature.

New Hampshire, Upstate New York, Maine, and Vermont offers many beautiful natural scenery for camping and hiking. One of the biggest hiking trails in North America crosses through New England. It’s called the Appalachian Trail, which follows the Appalachian mountains down to Georgia. Niagara Falls is on the border of New England and Canada as well- one of the world’s prettiest waterfalls. If beaches are more your thing, Rhode Island and the Cape in Massachusetts offer plenty of ocean breezes. If you like skiing and can’t make your way to out West, there are nice skiing opportunities in New England as well.

New England has very distinct seasons. Spring can be hidden a bit, but a sunny warm summer, a colorful fall with red, gold, and orange leaves, and a white winter keep things interesting. I got to fully experience life in the snow – making my first snow angels and snowmen. As a side note, I also didn’t have to shovel so I haven’t seen the annoying side of snow. Many folks pack up their beach wear and travel gear during the summer and break out the boots and scarves for apple picking in the fall. There is always something to do no matter the weather!

It is hard to say what is truly American in terms of cuisine since many of the foods are actually from other parts of the world. However, there are a few things that are very American and New England has claimed fame for such as clam chowder in Boston, lobster in Maine, Ben & Jerry’s ice cream in Vermont, lobster rolls throughout, apple and pumpkin pies, and even turkey for Thanksgiving. Thanksgiving in general has become such an iconic American meal throughout the world due to the media. This tradition originated from the Pilgrims who first entered North America through New England. Did you know- Benjamin Franklin originally wanted the Turkey as America’s National Bird instead of the Eagle?

Some great authors have come from New England such as Henry David Thoreau who spent a lot of time at Walden Pond in Massachusetts. There is Nathaniel Hawthorne during the romantic era and Ralph Waldo Emerson. You have the forward thinking Emily Dickinson and eerie Edgar Allan Poe. Finally, another big name would be Henry Wadsworth Longfellow from Maine. The list goes on. Mark Twain decided to settle in Connecticut as he stated Hartford was the most beautiful city in the USA. If you are looking for more recent authors, Stephen King was born in Maine and Dan Brown and John Irving come from New Hampshire. For sure, if you like literature, you can find one of your favorite authors having ties to New England.

7) Are You Sports Crazy?

No matter your feelings on deflate-gate or the New England Patriots in general, New England’s love for their sport teams, is pretty cool. In my opinion. They are very passionate about their teams and the players on the team. The whole region, as a generalization, roots for the teams that call Boston home such as the New England Patriots, the Bruins, the Celtics, and the Red Sox. When a big win happens, Dunkin Donuts gives out free coffee or a parade will happen through the streets. Besides organized sports, there is the Boston Marathon, which has became famous for more than just a running activity, unfortunately.

Have I convinced you to at least visit New England? I hope I have! It is truly marvelous and I hope you enjoy it as much as I have.

This article was contributed by Marinella Yule of www.myopenpassport.net travel blog. She has traveled throughout North America and to over 40 countries. She is currently working on improving her third language (French) and sometimes writes blogs in Spanish as well. You can learn more about her work through her website: marinellayule.com. Hey Guys! I’m Anna, a small town girl from North Carolina with a passion for exploring this beautiful world. I work a fulltime job, so I make the most of my weekends and 15 vacation days. I created this site to inspire people like you to make travel a bigger part of your life and help you figure out how to do that. If you like what you see be sure to follow along on social media. 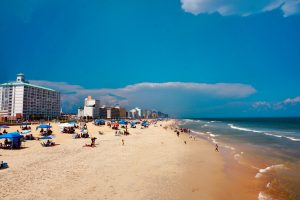 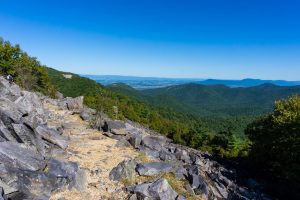 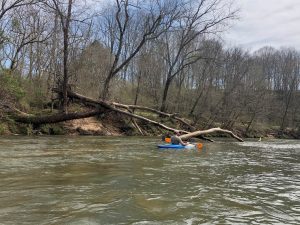 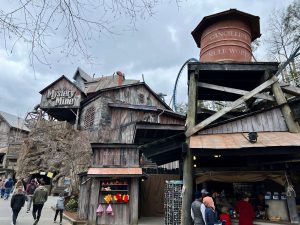 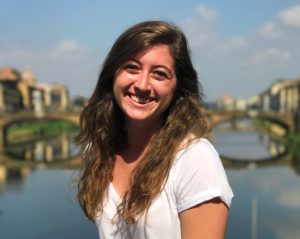 Anna was born and raised in North Carolina and spent her childhood traveling the southern US. She loves helping people plan efficient itineraries especially with a focus on outdoor adventure and food & drink. You can typically find her on a hiking trail, kayaking, or searching for the best meal in town.

This website uses cookies to improve your experience while you navigate through the website. Out of these cookies, the cookies that are categorized as necessary are stored on your browser as they are essential for the working of basic functionalities of the website. We also use third-party cookies that help us analyze and understand how you use this website. These cookies will be stored in your browser only with your consent. You also have the option to opt-out of these cookies. But opting out of some of these cookies may have an effect on your browsing experience.
Necessary Always Enabled
Necessary cookies are absolutely essential for the website to function properly. This category only includes cookies that ensures basic functionalities and security features of the website. These cookies do not store any personal information.
Non-necessary
Any cookies that may not be particularly necessary for the website to function and is used specifically to collect user personal data via analytics, ads, other embedded contents are termed as non-necessary cookies. It is mandatory to procure user consent prior to running these cookies on your website.
SAVE & ACCEPT
Menu
Get the Latest Updates
Subscribe for more travel stories and advice! Plus a FREE Packing List for adventurers.