With a city full of scientists and engineers, it should be no surprise that there are some great breweries in Huntsville, AL.

Before I visited Tuscaloosa, I spent four days in Huntsville for the Southern Travelers Explore Conference.

During the conference, I was able to go on the craft beer tour which took me to four Huntsville breweries and I visited two on my own before the conference began.

As with all my brewery experiences (like the Johnson City breweries or breweries of Winston-Salem) I liked each one for various reasons.

Read on to find out which one is the best for you and my beer picks for each!

Disclaimer: This post may contain affiliate links. If you make a purchase through this link, I may earn a small commission at no additional cost to you. Thanks for keeping Stuck On The Go going!

Map of Breweries in Huntsville, AL

Straight to Ale is the largest brewery in Huntsville and they distribute their beers to a few locations throughout the southeast. They also distill their own liquor and just opened a winery, 3rd Circle Cellars.

They are located in Campus 805 which is a renovated middle school facility – their brewery is located in the old gymnasium and the wooden gym floors were used for the tables and bar in their restaurant.

Speaking of, they have a delicious full-service restaurant – Ale’s Kitchen – where you can get burgers, tacos, pizza, and more.

Their beers have won numerous awards and in 2019 they were named Best Brewer in the State by RateBeer.

My pick: Path Finder – This is the one I had and it was good but I do wish I could have tried a few others.

When you talk to one of the owners of Yellowhammer, you’ll quickly realize that their mission is to support the community of Huntsville.

Their taproom is also located in the Campus 805 compound and they share a space with Earth & Stone Wood Fired Pizza so this is another one of the Huntsville breweries with food.

On nice days, there’s a large outdoor area where you can take your beer and enjoy the weather. Play frisbee, sit on the picnic tables, or bring a blanket.

Fun fact: the Yellowhammer is Alabama’s state bird. Oh and they also produce their own liquor.

My pick: T-Minus – This is their most popular beer and the one we were able to try. I loved it but I wish I could have tried more here too!

If you are into space at all then this is the place for you! The building is totally space-themed and they had Star Trek playing while I was there.

Innerspace is smaller than the previous two I mentioned but they have been quickly growing. The owner, Stewart, is as nice as he could be too.

They have a projector that’s used for meetings – there was a club meeting going on while I was there – and plenty of bar seating, some tables, and a couch.

You can also sit outside at a few tables when the weather is nice. It’s close to Straight to Ale and Yellowhammer along Clinton Avenue.

They make wood-fired pizza in house so come hungry!

My pick: Campfire in the Sky (s’mores porter) or Blueberry Milkshake (fruit ale)

Salty Nut is right beside Innerspace but I didn’t want to drive after having two tastings!

They are owned by Straight to Ale though so you can expect good quality beer. Think more small-batch brews with unique flavors.

You’ll find a beer garden in the back with lots of tables, a music stage, and open area to bring your own picnic blanket or whatnot.

I am SO sad that I didn’t make it to Green Bus! This is supposed to be one of the best breweries in downtown Huntsville and a local favorite.

It gets crowded quick on the weekends but if the inside is full then they have some additional seating outside along the sidewalk.

You can also get beers in a purple cup here and take them to-go while you explore downtown. This is allowed in their arts and entertainment districts.

The building has a lot of character as it’s 150 years old. The brick walls make for a cozy setting!

This is one of the coolest things I’ve seen is all I know.

When you come in there will be a sign telling you to seat yourself or wait on the hostess. Once you take a seat, the waitresses take your drink and food order.

This is the way it works for everything except the coffee I believe which you order at the very end of the bar.

They serve staple beers as well as small batch options. Just a note – they don’t do flights here.

My pick: Single Hop German Lager – They didn’t do flights so this was the only one I got to try. Turns out it’s also the most popular on Untappd!

Mad Malts Brewing is a small brewery in Huntsville, Alabama that’s known for their consistent, quality beer and unique flavors.

They have a good variety of beers but offer more porters and stouts. Their current location has a fun outdoor space but if you’re a solo female traveler you may not want to go here after dark.

The atmosphere at Mad Malts is really cool and it’s another local’s spot. Parking is a bit tricky – make sure to check their website for the locations that you are allowed to park.

This was a fun one. The word fractal is a mathematical term describing an object that has a repeating pattern in it – think snowflake or lightning.

Fractal Brewing is in a fun location with lots of indoor space and some outdoor seating as well.

Oh and the head brewer is a veteran – support veteran-owned companies!!

My pick: Fractal Cantor Set Hefeweizen – If the mead is on tap though, it was delicious and I highly recommend that.

Rocket Republic Brewing started out in Madison just 20 minutes outside of Huntsville but recently opened a new location in downtown Huntsville.

The Madison location is in a large, enclosed metal carport building with plenty of room inside. The downtown location is much smaller on the inside but they have an outdoor patio that you can enjoy.

They won five gold medals at the Alabama Craft Beer State Championship and they always have a great selection on tap to choose from.

This is the only one that doesn’t have a location in Huntsville but it’s located just down the road in Madison.

It’s a full-service sit-down restaurant – I don’t know about you, but I always love snacks with my beer. They also distill their own liquor.

The inside of the brewery feels like a hunting cabin and makes you want to kick back and have a couple.

Their food menu has bar food like burgers, gourmet sandwiches, and tacos, but you can also get things like salmon and fried catfish. Yum.

My pick: Cave City Lager – This is their flagship beer and I highly recommend it.

As you can see there are a number of breweries in Huntsville that serve food. Straight to Ale has a full-service restaurant called Ale’s Kitchen.

Old Black Bear Brewing in Madison also serves food. Innerspace Brewing has its own pizza oven so you can get wood-fired pizza here.

Yellowhammer shares a building with Earth & Stone Pizza and you can easily walk between the two.

Finally, Chandlers Ford Brewing is in the BeeZr complex and there are two restaurants that share the space.

You can pick up a card for the breweries and one for bottle shops at the Huntsville Visitors Center and when you get all your stamps you get a free gift!

Make sure you have a designated driver or take an Uber or Lyft if you plan on doing the trail!

Wrap Up: Breweries in Huntsville, Alabama

I hope you found a few new breweries in Huntsville, Alabama to try on your next visit!

Whether you are looking to have some fun with friends on a Friday night or want to find something new and different during your trip to Huntsville, these breweries are the perfect stop.

Make a few stops on the Craft Beer Trail and then let me know which ones are your favorite. 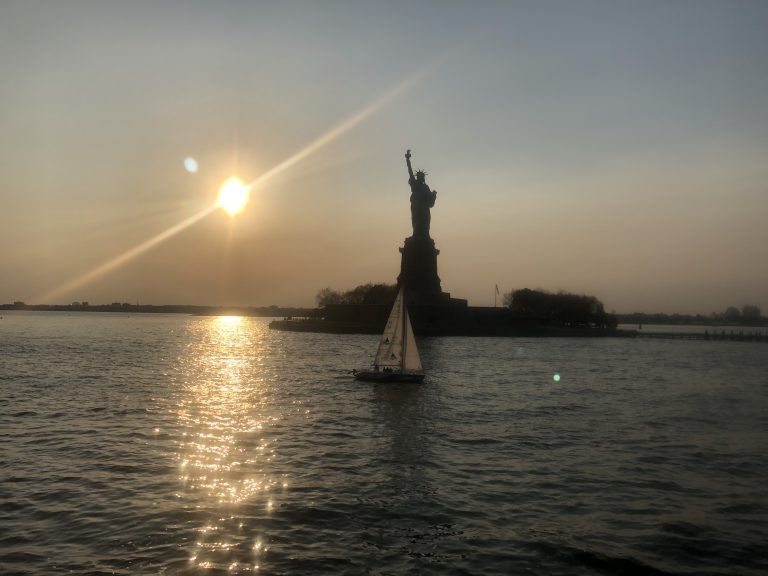 It breaks my heart to see what’s happening to New York City during COVID-19. I visited the city for the first time a little less than a year ago with my younger brother and sister and fell in love with it. We only spent one weekend in New York City and we tried to make… 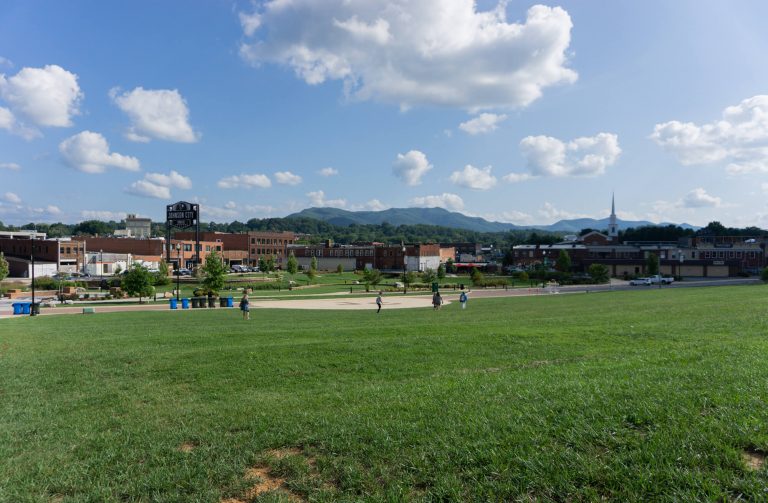 If you are looking for an outdoor adventure destination then look no further than Northeast Tennessee. This Johnson City, TN guide will show you why JC is the perfect hub for your long weekend trip! There are no long drives to get to the adventure from Johnson City. Within 30 minutes you can be hiking… 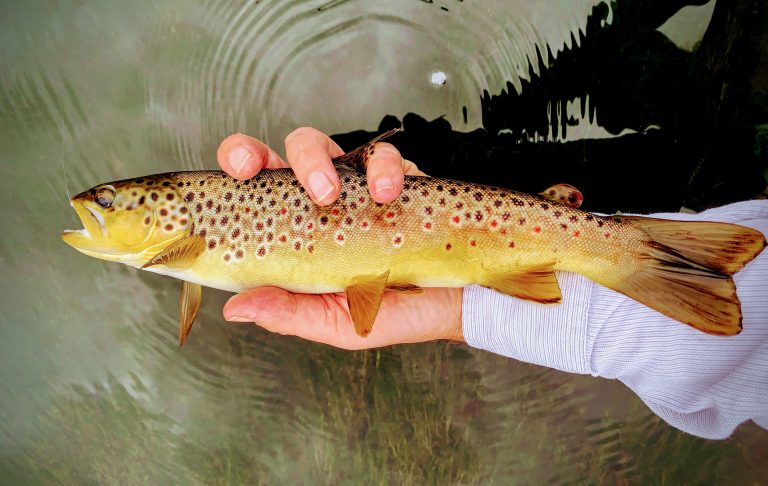 Trying something new always makes me a little nervous. South Holston River fly fishing was no different. I am a bit of a control freak and like to know exactly what I’m getting myself into, but that’s not always possible! The night before I was supposed to go out fly fishing, I had no idea… 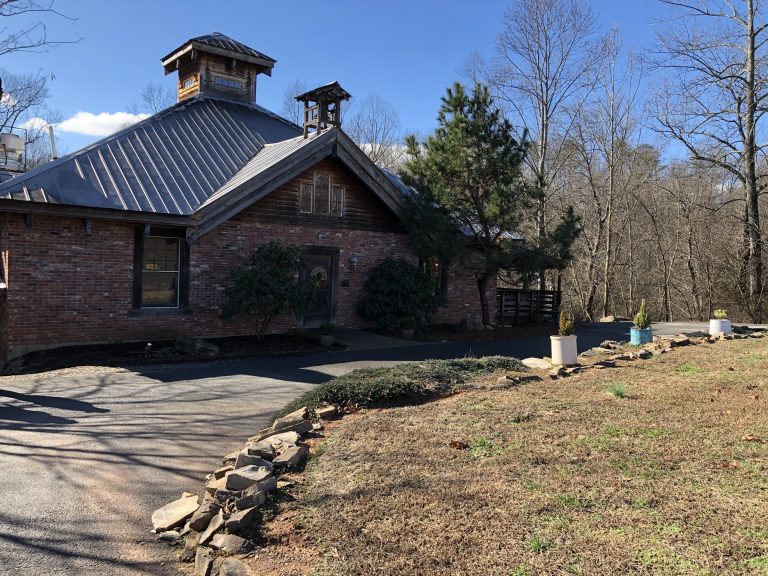 One of my favorite parts of living where I do is the three dozen Yadkin Valley wineries surrounding me. Each one is unique and has its own specialty when it comes to wine as well as events or food. If you visit them enough, you also get to know their owners and the people who… 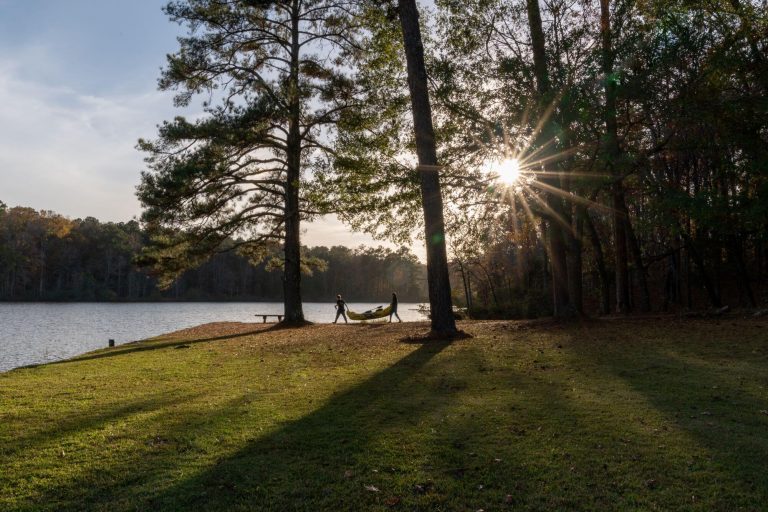 The top 10 things to do in Abbeville, SC. From shopping to camping at the edge of a lake, Abbeville has plenty of things to see and do. 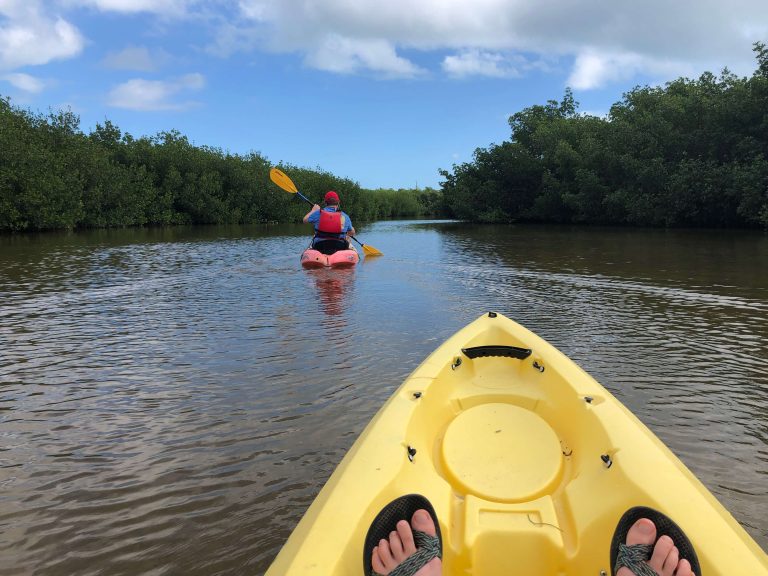 If you’re looking for an outdoor adventure while in the Florida Keys, kayaking is a great option. We went kayaking in Marathon, FL for one day of our Florida Keys road trip and it was one of our favorite activities! The natural beauty in the Keys is unmatched – especially if you love beach and…